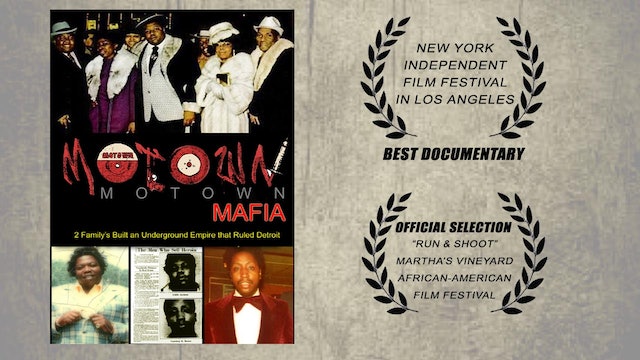 Once upon a time, Detroit was the Promised Land for African Americans. You could get on the train in Huntsville or Macon bound for Detroit and a year later have a new car, a new house, and a new life, all from working in the auto factories. Courtney Brown and Eddie Jackson grew up in this milieu, spending their childhoods in the city’s Paradise Valley and Black Bottom neighborhoods, at the time one of America’s most thriving Black business and entertainment districts and home to the likes of Joe Louis and Diana Ross. But as they came to adulthood, Detroit’s economy was crumbling-capped off by the 1967 riot that sped up the white flight and dis-investment that fueled the city’s rapid decline.

As Eddie Jackson and Courtney Brown became adults and started families of their own, they found a new opportunity to replace Detroit’s dying car economy. Heroin.

“Motown Mafia” is the story of 2 families and how they rose from Detroit’s old Black Bottom and Paradise Valley neighborhoods to the top of the city’s drug world.

Right-click this and copy the link address.

Watch on your Television

Watch on your Computer